Winter was very pronounced this year. November and December were extremely wet, followed by a cold and foggy January. Chilly March saw early budding, with the vegetation coming out in full force in April.

May was summer-like, the vegetation was vigorous on the soils still humid. Flowering occurred early, towards the end of May, with high risks of mildew due to the heat. The vine stalks were beautiful and healthy.

June was rainy and July was hot, leading to early veraison, and at times stormy. The first part of August remained stormy but the ensuing sunny days and cool nights were ideal for ripening. On 25 August, for example, it was 33oC during the day and 13oC at night. The grape skins were firm and an opportune light rain on 18 September helped reach maturity.

The harvest spread from 11 September to 1 October according to each plots’ needs; we even harvested some reds before the whites! All this resulted in an exceptional vintage: the tanks were homogenous, in harmony, and marked by natural potency.

Harvest in 12kg crates with manual selection of bunches and mechanical selection of individual grapes. Racking in stainless tanks at cold temperature for cleaning; French oak and acacia barrels, and egg granite tank for fermentation. Manual lees stirring for 4 months before bottling.

Without moving the glass the wine smells of fresh pastry, vanilla and lemon peel.

Swirrling the glass hints of white cassis appear mixed with lychee, curry and dried hay followed by a soft elegant toasting with a mineral finish

The first impression on the palate is silky, of medium body and well balanced.

The taste is marked by citric flavors paired with yellow peach, vanilla, toffee and graphite. The finish is creamy with good acidity long and pleasant. 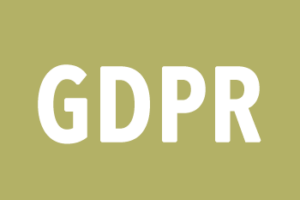